Hvar profiled itself as a top tourist destination that caters to all senses. Whether you want to relax and enjoy the sea and the sun, or you want to let loose and party - it’s is definitely a place you have to visit. Hvar's beautiful pristine beaches are among the most popular in the region and it gets more sunny days per year than any other island on the coast. Relax in the shade and enjoy a glass of exquisite local wine accompanied by local delicacies, or visit the Ultra Europe party that sets up its shop there in July – it’s completely up to you!

Hvar was colonised by the Greeks in ancient times and there still remains of old settlements and forts scattered about the islands. The real boom happened in the 12th century when the Venetian Republic settled the island and introduced wine cultivation. To this day, Hvar remains recognisable throughout the world for its superb wines and scented lavender fields.

Things to do in Hvar Climb Up To Fortress Of Fortica

After you’ve had a cup of coffee on the beautiful St. Stephen square in the city of Hvar, climb up the narrow streets and check out the medieval fortress of Fortica (Fortification). Built as a defensive barrier against the Turk invaders, it’s now a museum that houses a collection of amphorae collected from the seabed throughout the years.

At the top of the Fortica, you will find a beautiful bar and café where you can relax and enjoy the sunset and the gorgeous view of the harbour.

The name of this group of 19 wooded islets is located just off the southeast coast of Hvar island and literally translates into ‘Hell's Islands’ but don't panic – it actually refers to a pine resin used to coat ships back in the day. Each of these small islands brings something new and exciting to the table. Some of them are naturist heavens while others have been transformed into art galleries on the open. With some of the best swimming spots in the region, these islands are sure to be on any sunseeker's bucket list!

Our recommendation has to go to Palmižana, one of the smaller islets where you will find the oldest, still operational hotel for miles around. It was opened in 1906 and still possesses that otherworldly charm that made it a popular destination more than a century ago.

If you came to Hvar looking for great nightlife, then this is where you want to end up at the end of the day. Carpe Diem is the most popular after hours beach bar on the entire coast. Local DJs weave a great house vibe and there are drinks aplenty here.

Although you will mostly find people of the jet-setting caliber here, don’t be discouraged. The atmosphere is relaxed and easy going so you will fit right in. Besides, this is the best place on the island to get cocktails – not something you want to miss out on! 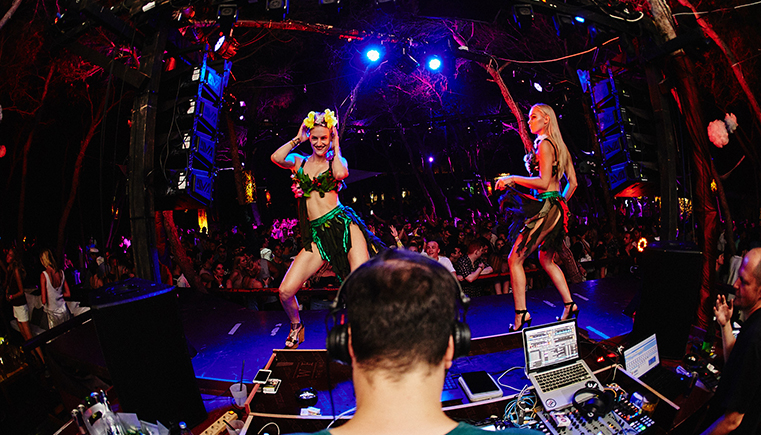 Dine By The Water

Hvar is a magical town lined with cobblestone roads and stunning waterside restaurants and bars. Grab your friends or partner and immerse yourself in the local cuisine as you dine with the water lapping by your feet. There are numerous venues to pick from, all serving delicious dishes and popular cocktails.

Wherever you end up, just don’t miss the boat the next day! 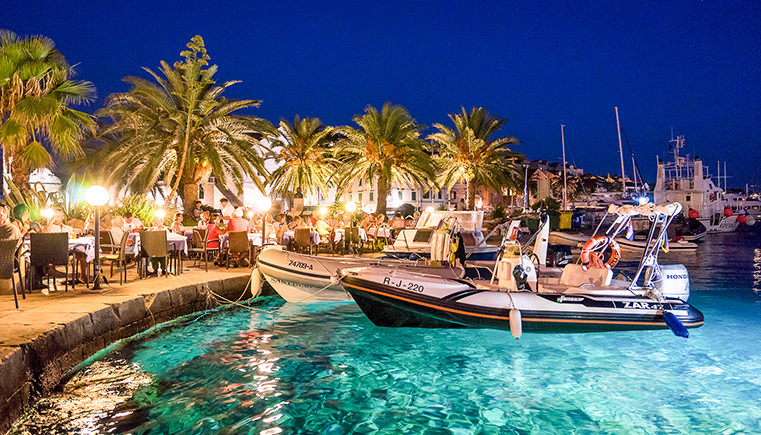 Discover Hvar on one of our Cruises!
Share this Article