Historical buildings in the Old Town fuse with modern comforts in the seaside city of Split. If you’re looking for a destination brimming with culture, historical sights and delicious cuisine then you’re in the right place, with the perfect list of ‘must-do’ activities to tick off!

1. Climb Marjan Hill for the best views of the city

Marjan Hill overlooks the city of Split, providing unrivaled views over the Old Town and is nicknamed the ‘Lungs of Split’ due to its dense green forest. Take a short walk up the hill and spy Diocletian's Palace, a variety of ships, yachts and marinas, and of course the vast blue Adriatic Sea.

Split’s cosmopolitan restaurant and bar scene means there are plenty of opportunities to feast on local cuisine and fresh seafood. Many restaurants can be found inside the 4th century palace walls, on the waterfront, or sitting high above the cobblestoned streets. Most of the restaurants in and around the Old Town source their meat, seafood and vegetables locally, so you’ll know exactly where what you’re eating has come from! 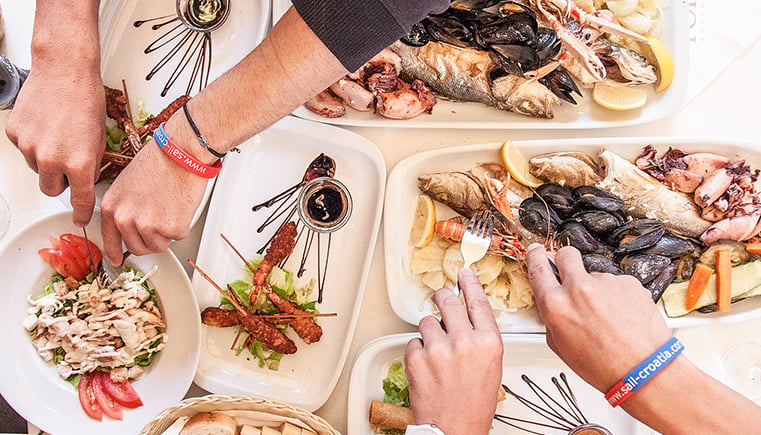 Getting lost isn’t always a good idea- except if you’re lost in the Old Town of Split! Winding alleyways, hidden rooftops and huge marble squares sit amongst churches, museums and markets, as every day life carries on in the background! With photo opportunities at every corner, the Old Town of Split is particularly picturesque and brimming with history!

Our top tip: head out of Diocletian's Palace and be sure to check out the surrounding houses, structures and markets, to get a taste of what authentic Croatia is like.

4. Play a game of Picigin on Bacvice Beach

Picigin is a traditional sport played by Croatian men in the shallow waters of the Bacvice Beach, that is a lot harder than it seems! The idea (in a nutshell) is to keep a small ball from touching the water by falling, jumping, diving or any other strenuous activity! It is a great game to watch from the shore, with attempts to participate making for a hilarious afternoon.

Climb the Cathedral of St Domnius (or Sveti Duje, as the clocktower is known locally) and take in the views over the Old Town. This cathedral is said to be one of the oldest Catholic cathedrals in the world, so it’s not hard to see why it’s number 5 on our list! Explore the church, mausoleum and clock tower as you take in the stunning Roman architecture that surrounds you! 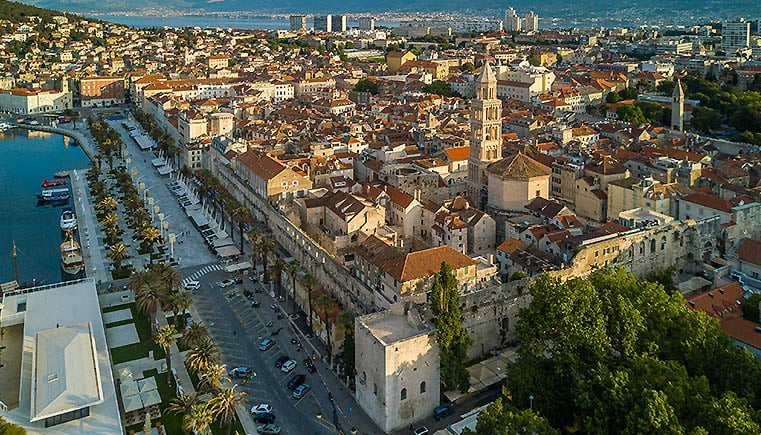 6. Check out the Krka Waterfalls

The oasis that is Krka National Park lies a short drive away from the city of Split. Seven breathtaking waterfalls, including Roski Slap (the largest waterfall in the National Park), grace the park with their presence. Think lush green forest, terraced trails, cascading waterfalls, refreshing waterholes and an abundance of native fauna. Day trips are available from Split, or if you’re cruising on our Navigator Split Return North or Elegance Split Return North routes, Krka National Park features as an optional excursion.

7. Bar Hop Around the Palace

Diocletian’s Palace may have been built in the 4th century, but that doesn’t stop local entrepreneurs from taking advantage of their surroundings, with some very modern bars! The Old Town is full of craft breweries, open-air bars, rooftop bars and superclubs - making a bar crawl almost impossible not to participate in. 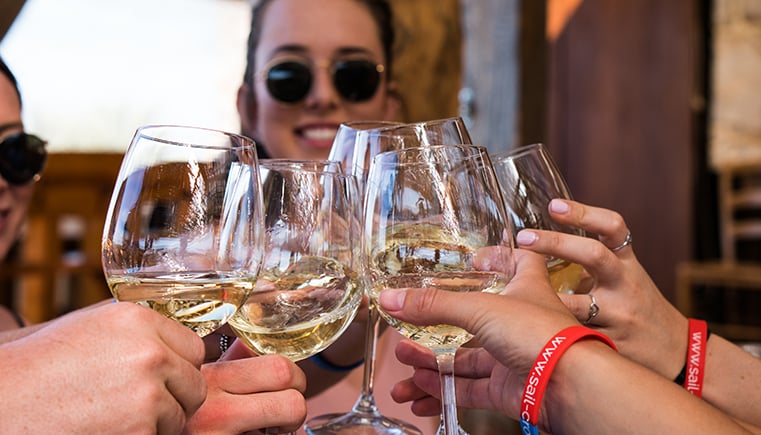 8. Drink coffee on the Riva

The coffee culture in Croatia is central to everyday life, with long coffee breaks being a very normal addition to your day. People watching and chatting over a coffee or two on the Riva is a very traditional past time! So make like the locals, and get your coffee fix on the main strip, where it’s the place to see and be seen!

9. Pretend you're a Roman emperor in Diocletian's Palace

Diocletian's Palace was once the bustling city centre of Split, with it’s interior reserved for emperors and noble royalty alike. The 4the Century Roman palace took over 10 years to build and is complete with fascinating Egyptian structures and tunnels underneath the palace. Take a walking tour and explore this fascinating structure steeped in history, secrets, and gory details. 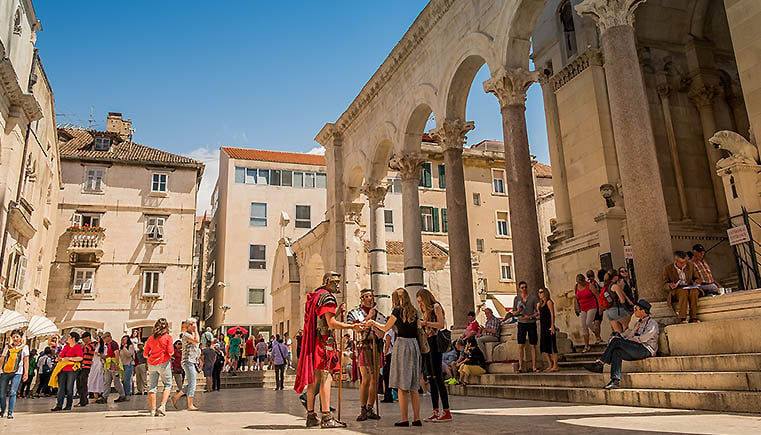 10. Catch a sunset on Matejuska!

Locals love to congregate at Matejuska - an outcrop with beautiful views of the Old Town, sea and sunset. It isn’t unusual to find locals and tourists with a beer in hand, listening to someone strumming a guitar as the sun dips into the sea in this liberal city. 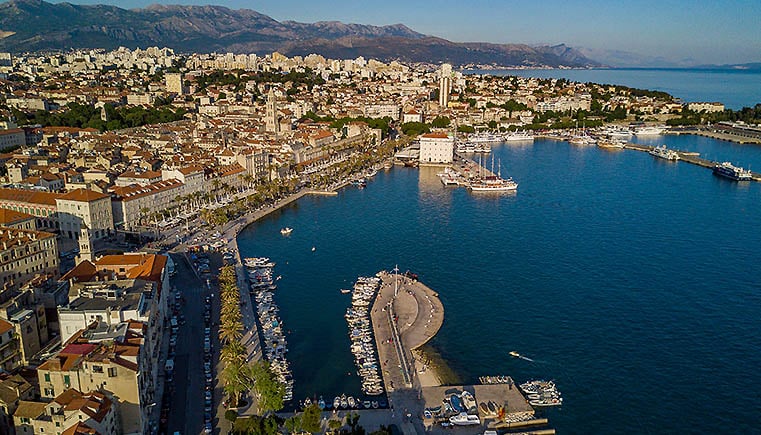 The seaside city of Split is the perfect place to relax and unwind before or after your Sail Croatia cruise.