Nowadays, Croatia is among the world's top tourist destinations and its tourist success is very much measured by the number of guests arriving into this beautiful country every day. The great importance of tourism is always positively reflected in the development of transport infrastructure which allows its visitors to enter the country in the most efficient way.

Before starting your Sail Croatia trip, you’ll need to find the most efficient way to arrive. Whether we are talking about buses, trains or ferries, one thing is for sure - Croatia is very well connected to other countries. However, when it comes to airports, you might be surprised to know that this small country has as many as seven different airports, making every part of Croatia accessible and available for a quick visit.

If you’re cruising with us, we recommend flying into Split or Dubrovnik International Airports as this is where our cruises start and finish. If you plan to explore other areas of Croatia before your cruise, or you’re simply visiting this beautiful country, these are the airports you can fly into.

Split Airport is the third busiest airport among Croatian airports (after Zagreb and Dubrovnik). It is located in a town called Kaštel Štafilić, approximately 20 kilometers west of Split and 6 km away from the historic town of Trogir. It is definitely the most important airport on the entire Croatian coast, connecting the rest of Croatia and Europe to the administrative and culture centre that is Split. In recent years, Split Airport has received increased traffic, especially in July when the Ultra Music Festival is being hosted in Split, which attracts a huge number of festival goers to this party destination. 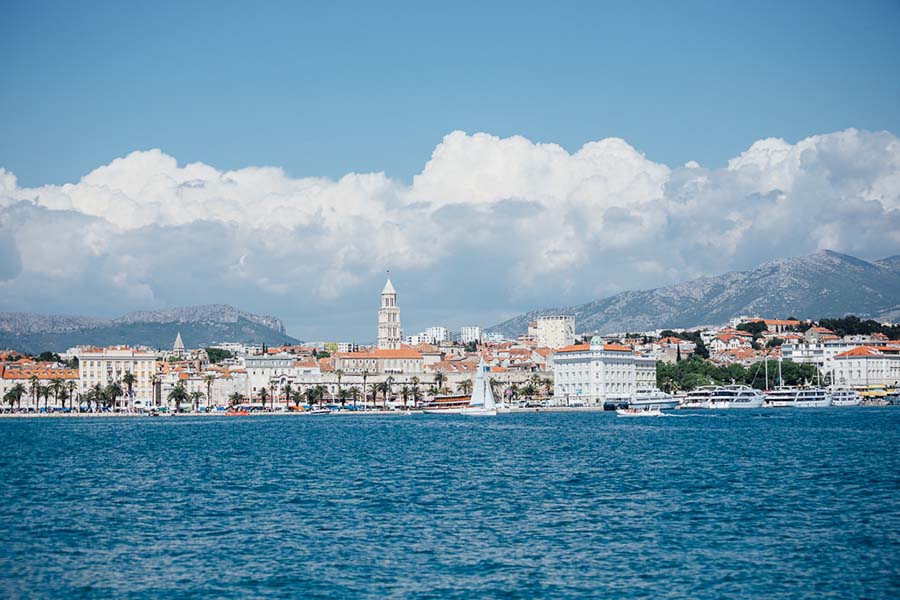 Dubrovnik Airport is the second busiest airport in Croatia, after Zagreb. It is located in Čilipi, 20 kilometers south-east of Dubrovnik. In addition to Zagreb and Split, Dubrovnik is also a significant airport in Croatia, especially considering that the airport is around half an hour from the Gruž port which welcomes a huge number of cruise ships every day with guests eager to visit the "Pearl of Adriatic". 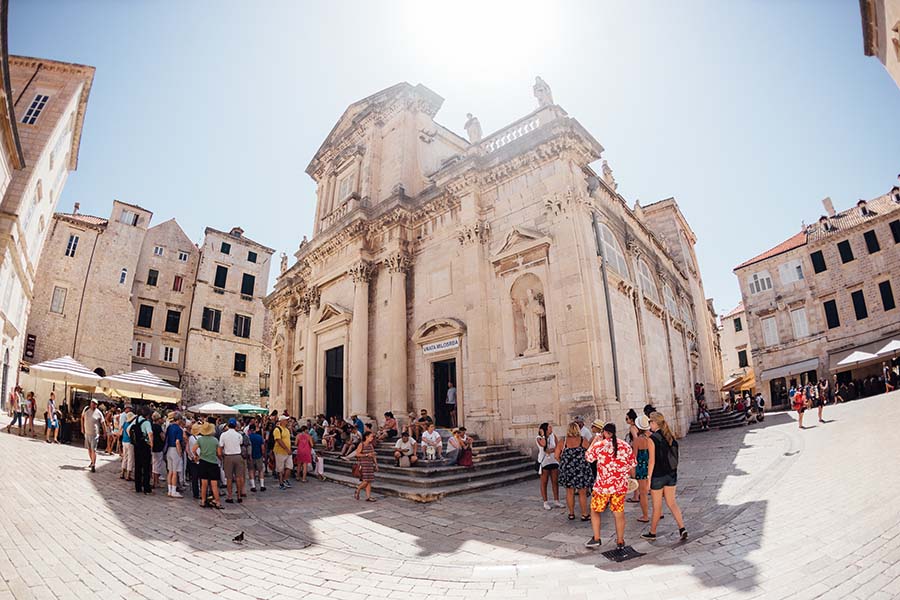 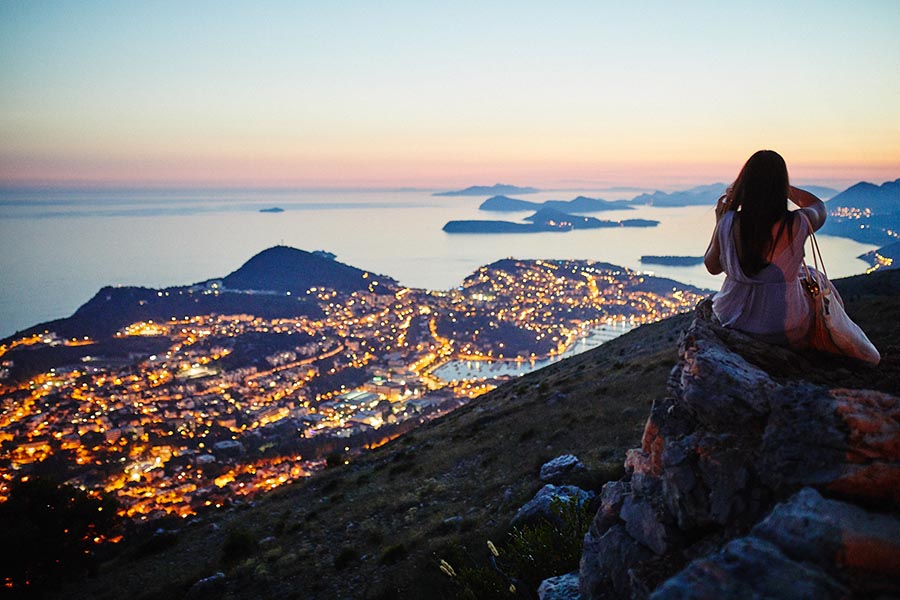 Zagreb hosts the main international airport and is therefore the busiest Croatian airport. It is located around 15 kilometers from Croatia's capital and the largest city of Zagreb. At the same time, it is the only airport with a significant number of flights all year long. In March 2017, a new passenger terminal was opened, which significantly increased the capacity of the airport. Zagreb Airport is also the of the Croatian airline company, Croatia Airlines.

Pula Airport is one of the most important Croatian airports, which is located near the town of Pula. There has been a steady increase in incoming passengers to this airport during the summer months since it offers quick access to the stunning Istria peninsula and its surrounding area. The importance of this airport has also been recognized by several low-budget airlines, such as Ryanair & Jet2, who offer fast services to their guests through this busy airport.

Zadar Airport is another important Croatian airport. It is located 8 km from the the historic and popular town of Zadar, near Zemunik Donji, and is a good connection point for Northern Dalmatia and Lika. Located in the middle of the Adriatic coastline, and enabling quick access to one of over 1,000 Croatian islands, Zadar is an ideal starting point for any destination. If you are a nature lover, be sure to visit some of the five national parks and three nature parks located close by. Today, Zadar Airport offers many low-cost flights, such as Ryanair, and connects many European towns within a couple of hours. 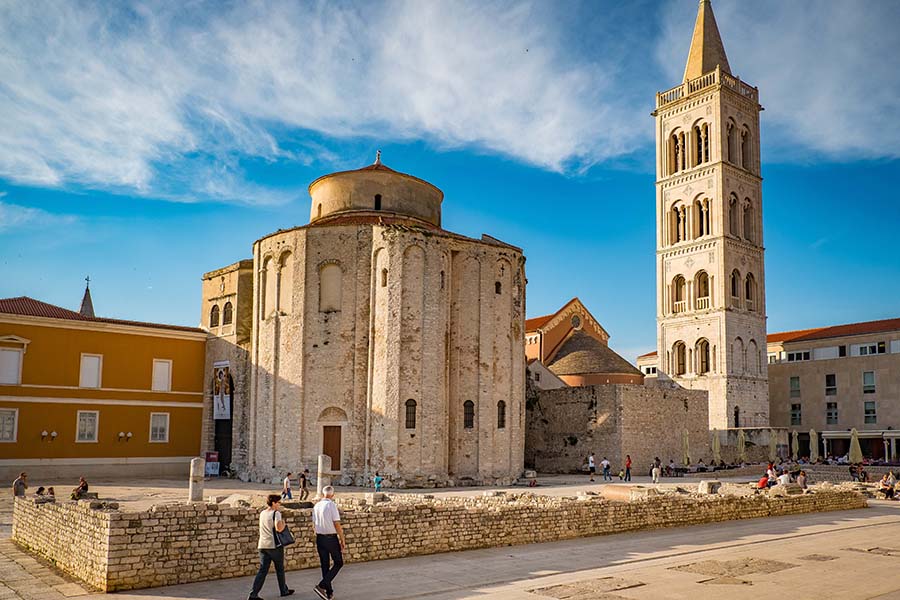 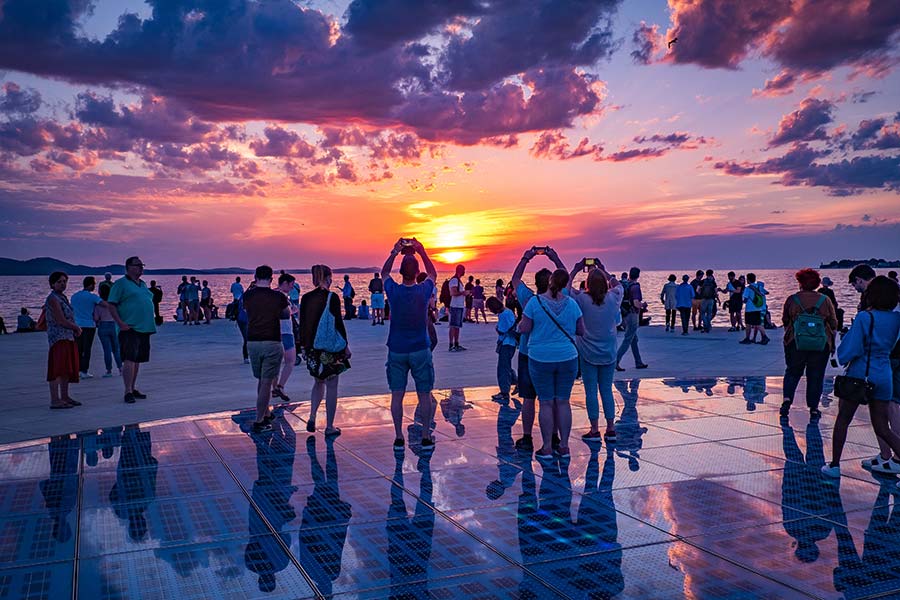 Rijeka Airport is located near Omišalj on the island of Krk, about 25 kilometers from Rijeka, and it is a direct line to the impressive northern Adriatic. Recently, it also has been offering many low-budget flights, which is why many decide to travel from Zagreb by using a plane.

A post shared by Stefanie Pacelli @myfavesblog (@stefaniepacelli) on Sep 2, 2018 at 4:03am PDT

Osijek Airport is located around 20 km away from the town of Osijek. It is the only airport in eastern Croatia that offers connections to the region of Slavonia, Baranja and Srijem. Although most of the guests arriving in Croatia during the summer months will be heading to the coastline, Croatia's inland areas can also offer some amazing scenery and perfect holiday destinations that should not be missed!

Beautiful Osijek CO-CATHEDRAL OF ST. PETER AND PAUL (THE OSIJEK CATHEDRAL) By the initiative of Bishop Josip Juraj Strossmayer in 1894 began the construction of the church of St. Peter and Paul, co-cathedral of the Đakovo-Osijek Archdiocese. That is why citizens of Osijek simply call it “the cathedral". After the demolition of an earlier Baroque church it was built in only four years and since 1898 the panorama of Osijek is best known for its 90-meter high bell tower that's second highest in Croatia and south Eastern Europe. It was built in red brick in neo-gothic style and its builders were German architects Franz Langenberg and Richard Jordan. #CroatiaFullOfCulture #History #architecturelovers #architecture #VisitSlavonia #ShareSlavonia #Osijek #VisitOsijek #Slavonia #Kroatien #Chorwacja #Living_europe

Is It Safe To Travel To Croatia?

What Is The Weather In Croatia Like During The Season?
AS FEATURED IN