Dubrovnik has often been referred to as a ‘heaven on earth’, and it isn’t difficult to see why! This medieval city is perched on the shores of the Adriatic Sea, creating a stark and beautiful contrast of terracotta rooftops, cobblestone streets and turquoise waters.

There is so much to see and do in this UNESCO World Heritage listed city, that it’s easy to get overwhelmed when planning your stay! Discover the 10 best things to do in Dubrovnik this summer and don’t miss out on exploring the hidden gems of this walled city.

The Buza Bar of Dubrovnik is our pick of the best hidden gem in the city! When we say hidden, we mean it! This hot spot is the only sea-side facing bar on the City Walls, and is accessible by following a sign that reads ‘Cold-Drinks’ before ducking into a ‘hole-in-the-wall’!

As the name suggests, the bar serves up cold drinks and unrivalled views of the sea, Lokrum Island and locals (as well as brave tourists) cliff jumping below.

It is the perfect location to people watch and take in the breathtaking views! 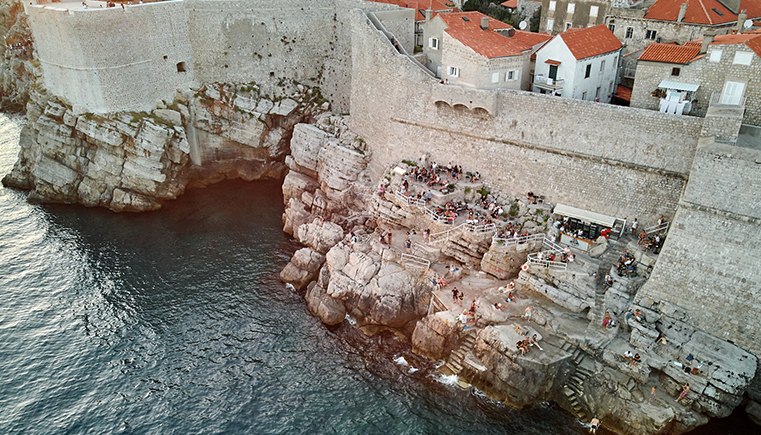 Towering over Dubrovnik is Srd Hill; a mountain that dwarfs the city, creating the perfect platform to take in the views over Dubrovnik and the Elafiti Islands. A cable car can take you to the summit and within 4 minutes you’ll be on top of the hill taking in the views for yourself (for the adventurous amongst us, you can also hike up the hill to the viewing platform!).

On a clear day you can get visibility of up to 60 kilometers from this viewpoint, including the scattering of islands that surround Dubrovnik, the City Walls of the Old Town and even neighbouring country, Montenegro!

Our top tip is to head up Srd Hill as the sun sets, allowing you to witness fairy floss skies and the city of Dubrovnik as it comes alive at night!

3. Pretend You’re in Game of Thrones

Game of Thrones fans flock to Dubrovnik each year looking to recreate their favourite GOT scenes in King’s Landing. The Old Town has been used as one of the main kingdoms in the fantasy drama series for numerous seasons now.

Sit on the Iron Throne, complete the walk of shame or visit the many fortresses featured in the series and feel like the Queen of the seven kingdoms yourself.

Not a Game of Thrones fan? Check out our beginners guide below!

Two kilometers of protective walls and ancient fortifications protect the Old Town of Dubrovnik. These impressive walls have stood the test of time, and these days provide the perfect platform to take in city life from above, whisking you back to medieval times.

Constructed somewhere between the 12th and 16th centuries, the City Walls of Dubrovnik are up to six meters thick in same places and have never been breached. Oh, if these walls could talk!

Our top tip: take your time exploring the City Walls and soaking up the views, but remember they close at 3pm daily! 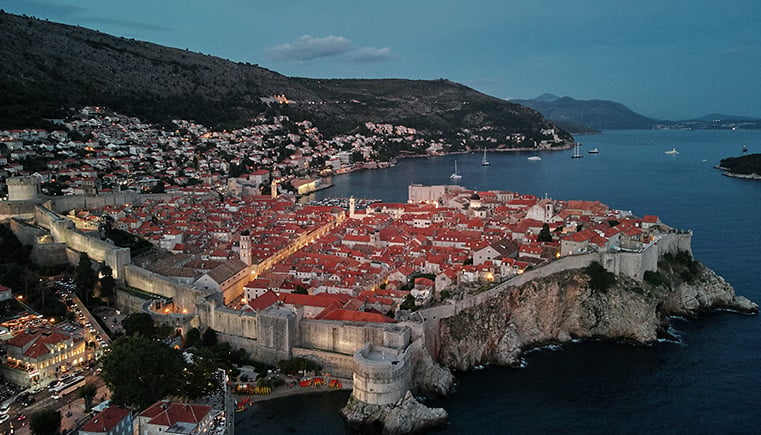 Popular amongst locals and tourists alike is Lokrum Island, a beautiful oasis that is easily accessible by ferry, which makes it a popular day trip from Dubrovnik. 15 minutes and 45 Kuna’s later, you’ll be transported to the tranquil island, complete with botanical gardens, peacocks, abandoned Benedictine Monasteries and plenty of secluded beaches and bays to snorkel, swim and relax in.

Explore Lokrum Island’s version of the ‘Dead Sea’ - a dense salt lake that is incredibly easy to float in, or lose your tan lines at one of the islands many naturist beaches.

However you choose to spend the day, you’re bound to have a relaxing experience on Lokrum Island.

6. Discover the Old Town of Dubrovnik

Dubrovnik was one of the first cities to abolish slavery in the 15th century, is home to the world’s oldest medieval pharmacy, invented the idea of the orphanage and has been involved in countless battles and conflicts.

For such a small city, Dubrovnik certainly packs a historical punch! The best way to discover the Old Town of Dubrovnik is to jump on a walking tour and uncover the hidden histories of this fascinating destination.

Our top tip: Explore Dubrovnik with an ice-cream in hand; Dubrovnik is well known for having some of the best ice cream in Dalmatia! Check out a sneak peak into a Dubrovnik Walking Tour below:

7. Check out an International DJ at Revelin Club

Revelin Club sits inside a 500 year old medieval fortress in Dubrovnik’s Old Town and hosts world-class DJ’s and events for those who love to party. Even when there’s no international DJ’s playing, you’re bound to be impressed, as each night provides different dancers, acrobats, fire breathers and an array of entertainment to wow the senses.

If you’re heading to Croatia to soak up the nightlife, then a visit to Revelin Club is a must! 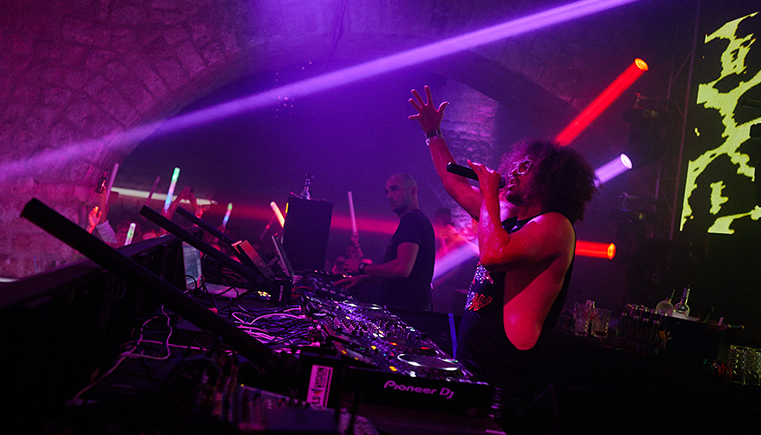 Peka is a Croatian delicacy and a must try for lovers of local cuisine! Peka is a delicious melody of meat and vegetables, slow-cooked in an open fire under a traditional 'dome' shaped bell. Best shared with friends, Peka can be found at specialty restaurants throughout Dubrovnik, and often has to be pre-ordered due to the slow cooked nature of the dish - so don’t forget to plan ahead!

9. Explore a Beach With Medieval Views

Surrounding the Dubrovnik Old Town are many beautiful beaches to explore. A must-see beach is Banje Beach, situated a ten minute walk from the Old Town. With impressive views of the medieval structures that make up Dubrovnik and crystal clear water (literally, see through!) this is one beach that is not to be missed!

Our top tip is to get there early and nab yourself a spot on a lounge chair - this beach can be quite popular throughout the summer!

If fortress views don’t make it on your list of things that make a great beach, we’re certain you’ll find a hidden paradise along the walk between the Old Town and Port Gruz. 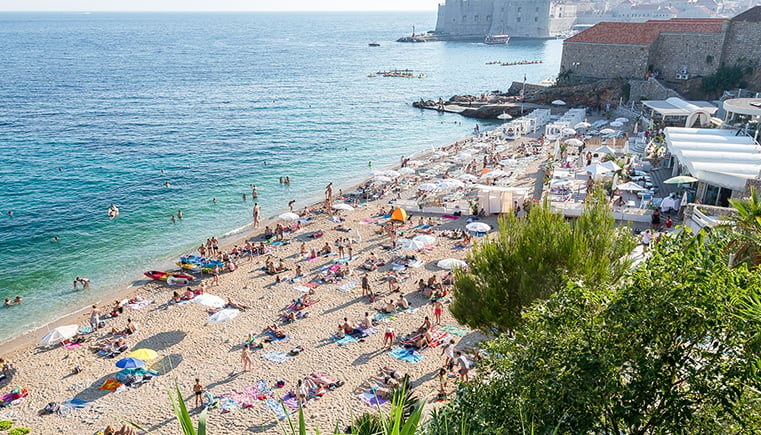 A trip to Dubrovnik is not complete without cruising the high seas on a Sail Croatia Cruise.
Whilst we may be slightly biased, we feel this is the ultimate way to spend 7 days in Croatia! 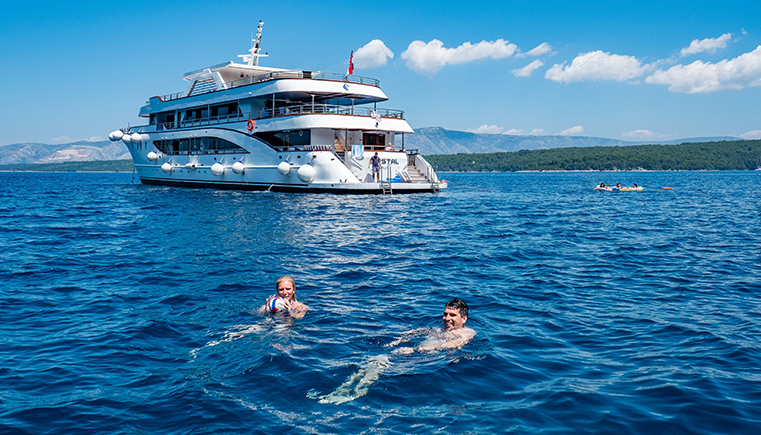