Hiking in Croatia will allow you completely immerse yourself in the beautiful nature of this country whilst fulfilling your passion for hiking!

If you’re an active person with a passion for hiking, then you’ve probably never even considered getting your exercise fix whilst on holidays – let alone onboard a cruise. But what if we told you that you can actually have the best of both worlds? Imagine waking to smell the fresh, salty air as soon as you open your eyes, and feeling the calm rocking of the gentle Adriatic Sea; all this combined with the exhilarating rush of exploring the islands and the coastline of one of the most beautiful countries in the world on foot.

Of course, we’re talking about Croatia here – the land of thousand hidden gems and countless unforgettable views! Sail Croatia operates a variety of cruises along the beautiful Adriatic Sea and these include our Hike Croatia Cruise which is part of our Active Croatia Cruise offering. 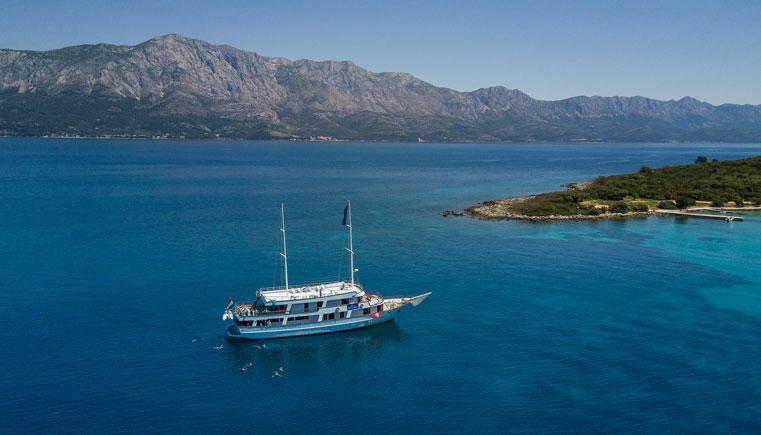 Who Are Hike Croatia Cruises For?

There are really no restrictions on who can participate in this cruise – if you’re fit and you’d like to combine relaxation with a workout in the beautiful outdoors, then this cruise is right up your alley! You can be a beginner or an advanced hiker; this cruise isn’t designed to push you to your limit - it’s designed to give you the most satisfying combination of the two and it’s a great way to mix what you love doing with what your body absolutely deserves – and that is some downtime. All our hiking stops give you several options – you can opt for a rigorous hike up a large mountain or a nice little stroll along the coast - the choice is entirely up to you. 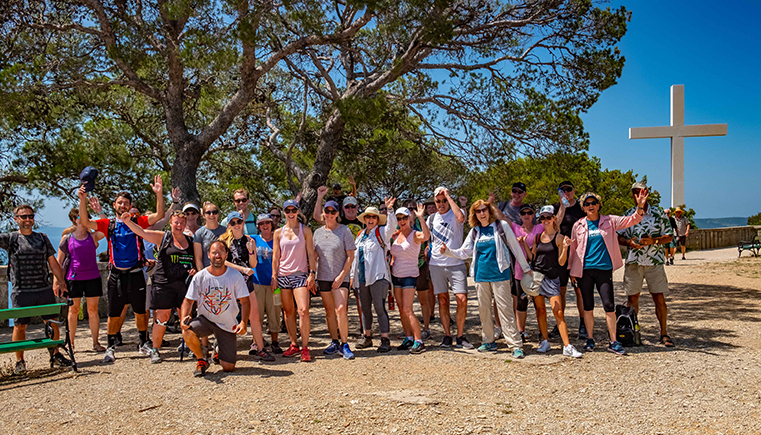 7 Must Visit Destinations Whilst Hiking In Croatia

Hiking in Croatia will allow you completely immerse yourself in the beautiful nature of this country, as well as explore its culture in a direct, more personal manner. This cruise was designed to take you to some of the most breath-taking locations on the Adriatic.

1. The Island Of Šolta 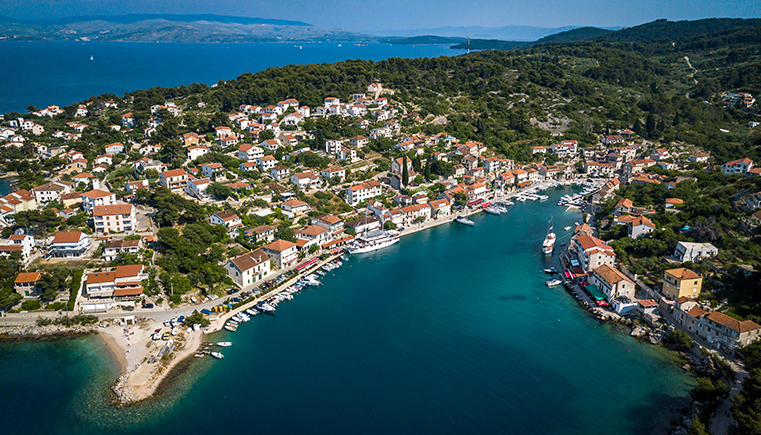 Your first stop will be the island of Šolta – a place where time has stopped and preserved all the beautiful intricacies of traditional Croatian island life without too much interference from the outside world. You won’t be rubbing elbows with thousands of tourists and your hike up to village Gornje Selo will expose the first views of the coastline and all the islands that are waiting ahead for you. 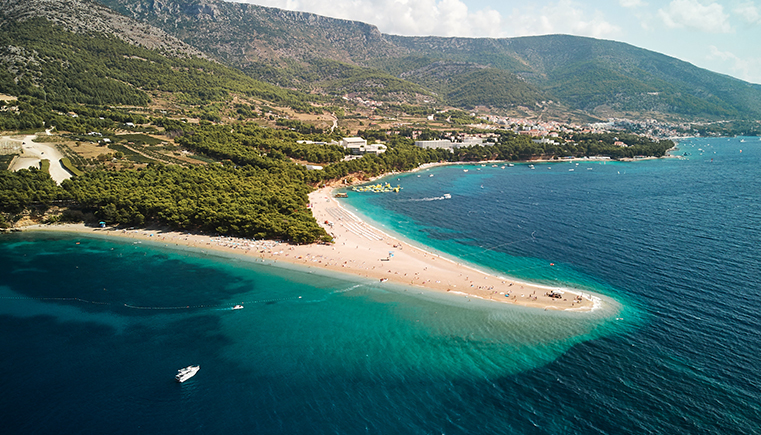 The next stop is the island of Brač with its world famous Golden Horn Beach that changes shape with every single tide. The hike to Vidova Gora – the highest peak of the island, offers exquisite views of the Golden Horn beach and the beautiful Hvar Island.

If you’re not up for such a rigorous hike, you can always visit the Dragon’s Cave near the village of Murvica. The Dragon’s Cave is filled with reliefs of dragons, the moon, and the Madonna and scientist suspect that it’s the first place on the island where Christianity was reconciled with ancient Slavic pagan beliefs. 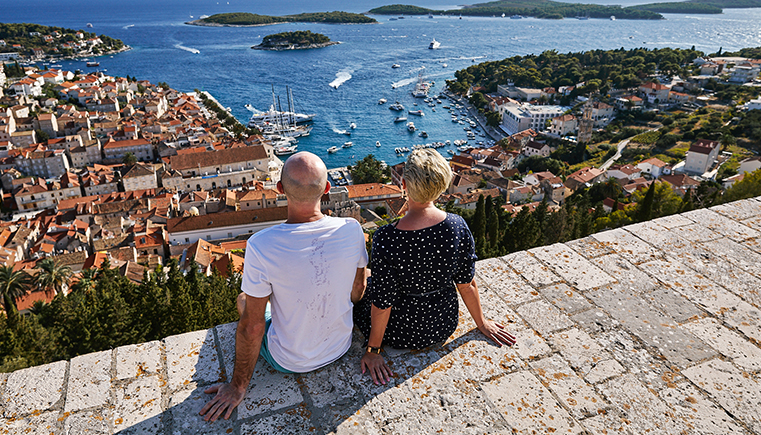 After Brač, you will move on to Hvar Island which is undoubtedly one of the most popular tourist destinations in Dalmatian region. Explore the old towns and soak up the refreshing scent of lavender, olives, and wine, after which you will get a chance to visit the buzzing town of Hvar – the crown jewel in the island’s tourist offer. This beautiful town has been called the French Riviera of the Adriatic and is teeming with life and visitors at all hours of the day and night.

4. The Island Of Vis 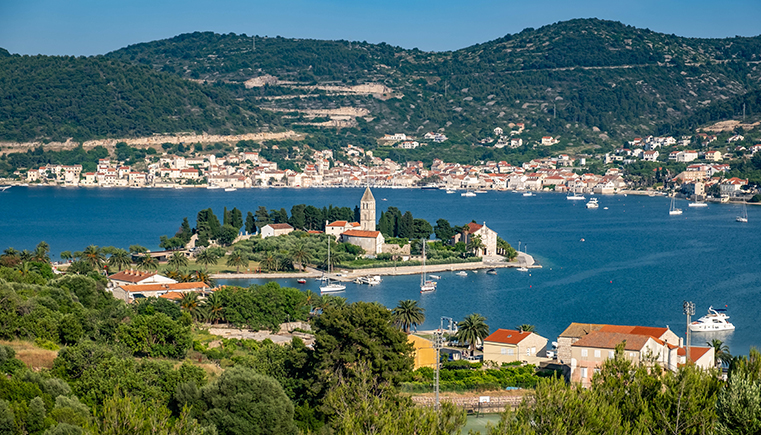 From Hvar, we’re moving on to the quieter, but equally stunning locations – the islands of Vis and Korčula. Some of the best Croatian wines are made on Vis so make sure to taste them while you’re there! Vis is the western-most island you’re going to visit on this cruise and on a clear and sunny day you will be able to see clear across the turquoise sea, perhaps all the way to Italy! 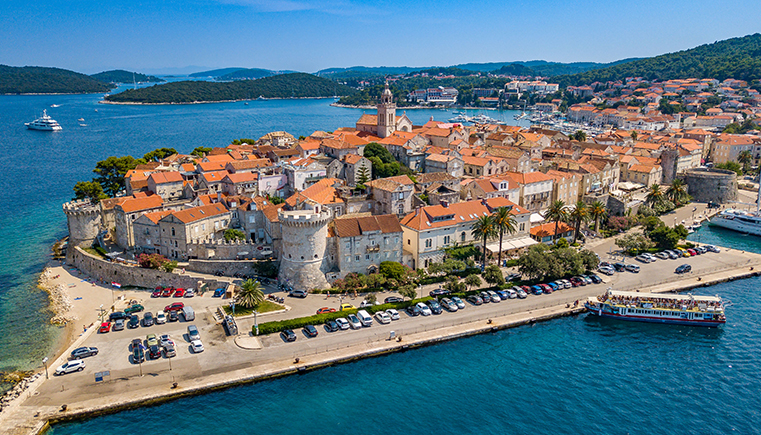 Korčula, also known as ‘Korkyra Melaina’ or the Black Island has been settled since the ancient times, first by the Greek and the Romans and then by early Croatian settlers. Korčula is the olive grove of Croatia and an abundance of different olive oils is produced on the island. It is also the birthplace of a renowned world explorer, Marco Polo, and you can walk across the city walls in the footsteps of one of Croatia’s most celebrated historical figures!

6. The City Of Makarska 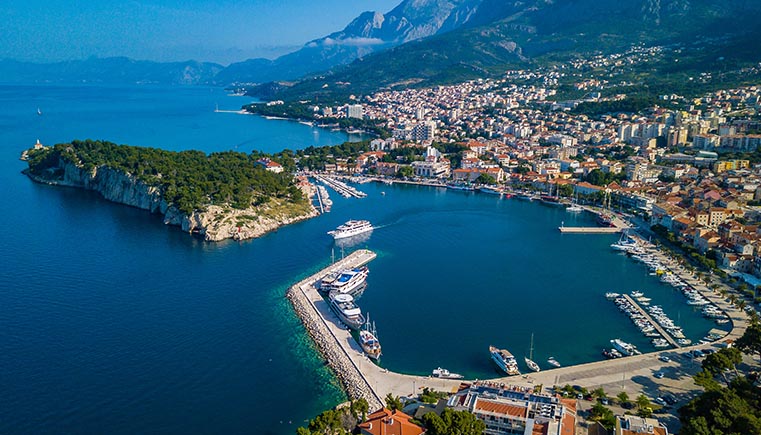 The last leg of your hiking through Croatia cruise will take you to the medieval city of Makarska, just under the slopes of the towering Biokovo Mountain. Biokovo is one one of Croatia’s numerous nature parks and for a good reason – the mountain range is home to indigenous species of plant life and it’s a natural border between Croatia and Bosnia and Herzegovina.

You will visit its highest peak, Sveti Jure (St. George) at the height of 1762 meters from where you will slowly make your way down to Makarska. Of course, not before you’ve soaked in the beautiful vistas stretching from the far south of Croatia to the far north, encompassing all the islands in between, including some you’ve visited just a few days before! 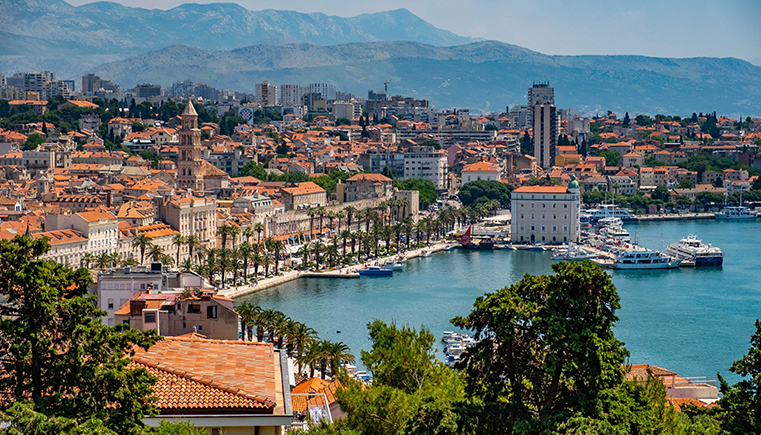 Your Hike Croatia Cruise ends in Split, right where you have started on this amazing journey. Not only have you gained a new wonderful group of friends, but you’re full of new experiences and tastes and with a greater appreciation of Croatia’s natural beauties.

Marvel at the Old Town Split and get lost in the narrow streets and explore the magical passages and streets that have been packed with people for thousands of years. The Old Town is full of great restaurants and bars so grab a seat once you get tired and enjoy a perfect Mediterranean meal. Seafood is particularly tasty here as it’s locally caught and fresh! The perfect way to end your active holiday in Croatia.

Check out our Hike Croatia Cruises!
Share this Article