This tradition goes back many generations for a lot of Croatian families, and is often a way of life. In order to get a glimpse of the shipbuilding process itself, we had a chat with those who build the ships from start to finish to find out what makes this process so unique.

Embed this image on your website – Just copy this code and insert it onto your site!

Shipbuilding in Croatia is more than just a business; it means love and dedication over the course of many years. Those who started the process of shipbuilding many generations ago, now find it difficult to believe that their ships are in such high demand within the tourist industry, and that their dedication and hardwork has created such unique vessels. Nowadays, families hand down their tips and tricks to their children, so that the next generation can continue the local shipbuilding traditions. Each shipbuilding family takes great pride in their hard work and the outcome is both impressive and luxurious. 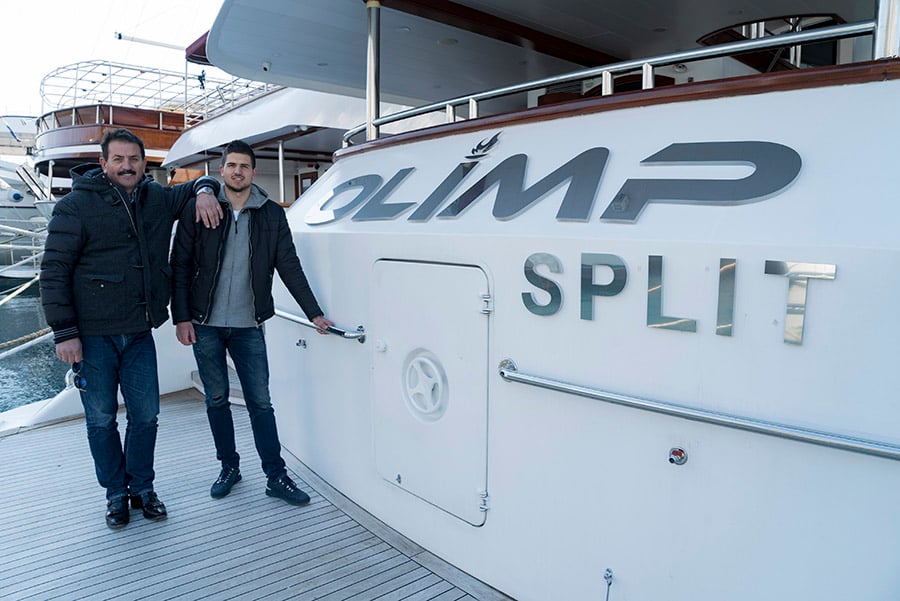 Every element of these luxurious small ships is built and designed in Croatia, giving it an authentic feel. If you are interested in finding out how these ships are built and what the process actually looks like, join us on a local journey of small ship building in Croatia.

As with most labours of love, the shipbuilding process starts with a vision. This idea of how the owner would like the ship to look like is then conveyed to a Designer, who will work closely with the family to ensure the design reflects their unique idea and personal touches. An Architect is then contracted and starts the formal process of creating a design. During an estimated design time of around four months, the Architect consults the owner on a regular basis and takes into account his preferences. The final result is a design that is structurally sound and visually appealing.

Once the design is completed, the next step is the construction of the outer shell and steel framework. This phase is extremely important since it ensures that the ship will be ready to be launched into the sea for the first time. Unlike the superstructure, which is done at a later stage in the ships home port, the outer shell is done in the shipyard. The hull, which is made entirely out of steel, weighs approximately 200 tonnes, which is equivalent to the weight of 30 elephants. Pretty impressive, don't you think? After approximately 10 months of construction, the hull, propeller, helm and corrosion protection are completed and the ship is ready for its initial test voyage.

Once the outer shell is done, the ship (that now consists of the outer shell and inside framework) is launched into the sea for the very first time in the shipyard before being transported by a tug boat and team of up to 10 people to its home port. Once the ship is located in its home port, the superstructure will be completed in detail, with many carpenters, electricians, plumbers and other professionals dedicating their time to create a luxurious sailing oasis.

Now that the ship is finally docked in its home port, everythings is ready for the superstructure and stunning interior to be finished. Croatian shipbuilders like to use different exterior designs and finishing touches, which ensure each ship is unique. Some ships feature a modern and sleek ‘superyacht’ look, whilst others opt for a traditional design, boasting high quality wooden features and classic charm. 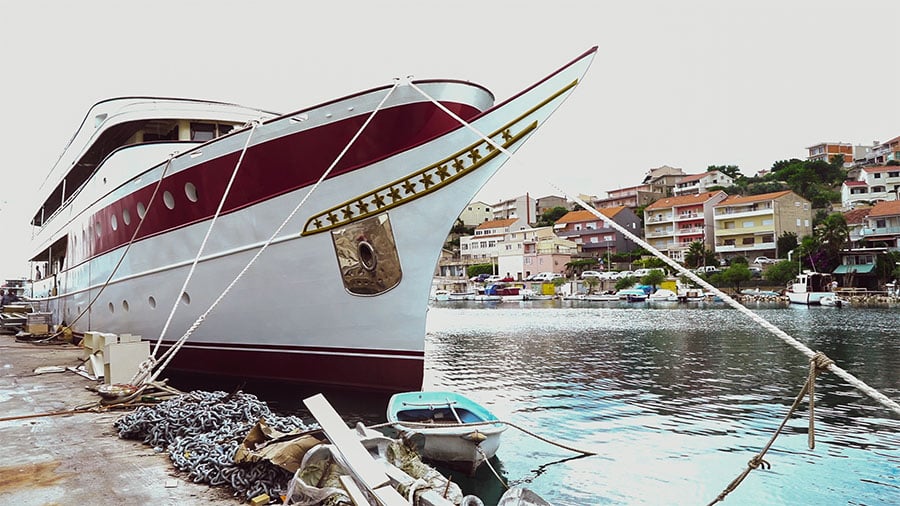 A team of up to 40 specialists, including plumbers, electricians, engineers and carpenters, spend more than 6 months creating an impressive superstructure. Moreover, they use solid and long-lasting materials, such as stainless steel, aluminium, iron, PVC plastic material, glass and quality mahogany wood. Within this 6 months, the team will paint an area equivalent to approximately 6,000 m2, or, to put it visually, the surface of almost 24,000 whole tennis courts, to get the ship ready for completion. 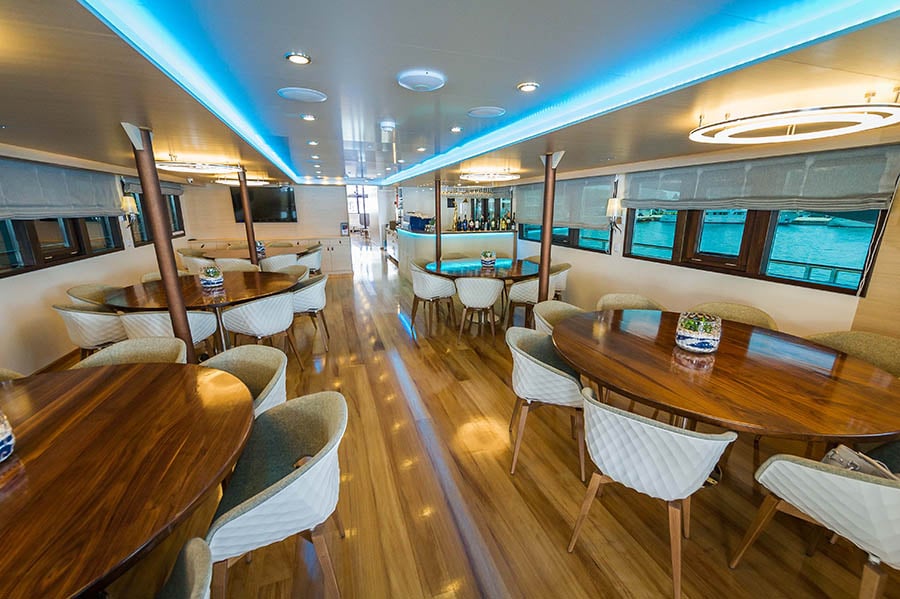 After approximately 114,000 man hours (or 13 years if everything was completed by one person!), the luxury small ship is finally finished, as envisioned by the shipowners and their family at the very beginning of the construction process. The final result is nothing less than spectacular. The average luxury small ship in our Elegance fleet will sit at 45 meters in length and 8.5 meters in width. Although each ship differs in its design, they each have an average capacity of 38 passengers in 19 cabins. 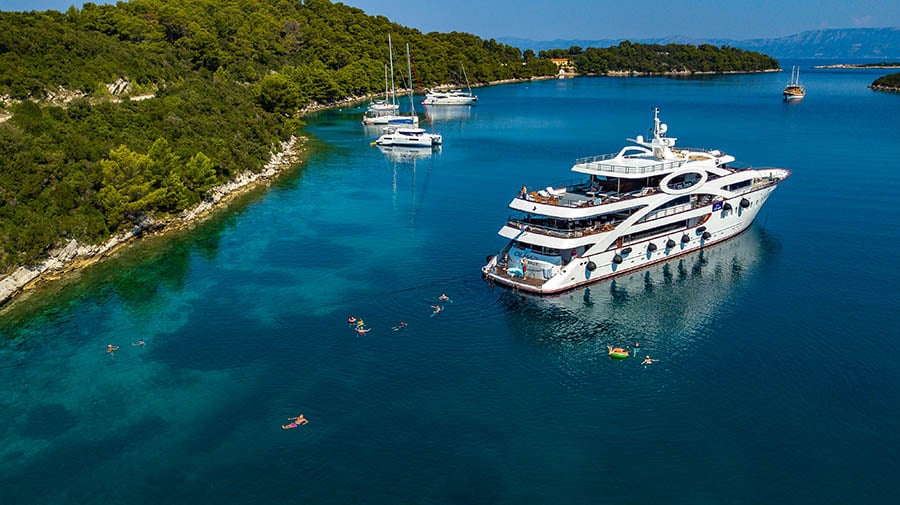