Also called the Pearl of the Adriatic, Dubrovnik is a mesmerising walled city nestled on the far south of the Dalmatian coast. It is a popular tourist destination throughout the year, although we warmly recommend visiting it in spring or summer months. The city comes alive during summer with thousands of visitors from all over the world discovering the city’s hidden treasures.

Dubrovnik was founded in ancient times by Greek sailors traveling between their settlements on the Dalmatian coast. Soon it became an important trading outpost and in the 15th century developed into a republic – a sovereign state that rivalled the Venetians in both trade and wealth. It’s important to note that Dubrovnik was among the most forward-thinking states of that era, abolish slavery as early as 1418. It became a beacon of civil liberties and home of open-minded and inclusive people and it remains much the same to this day.

Things to do in dubrovnik Walk Across Stradun

Stradun is something you will be hard-pressed to avoid, seeing that it’s the city’s main street. Paved with ancient slabs of marble, Stradun is the home to Dubrovnik’s most marvellous buildings. The medieval church of Saint Blaise and the Dubrovnik Cathedral are architectural centrepieces of Stradun but you will also be amazed by the 600 year old water supply system. Make sure to visit the Franciscan Monastery and check out the oldest European pharmacy still operational.

After you’ve taken in the sights, relax in one of the numerous side allies that intersect Dubrovnik. These are full of authentic restaurants, bars, and cafés – ideal for resting in between other places you have to visit! 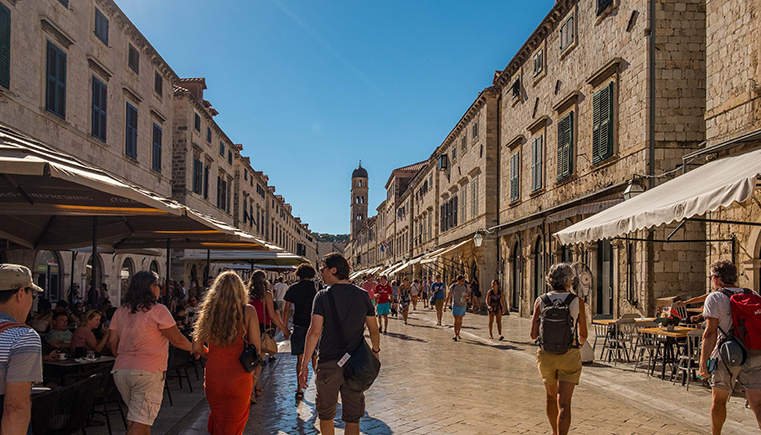 If you really want to take it all in then you don’t want to miss visiting mount Srđ, the highest point in Dubrovnik. You will be whisked up by a cable car that runs from the outside of the city walls and goes all the way up to an old fort on mount Srđ.

Up there you can enjoy the exquisite view of the city and its terracotta rooftops and enjoy a meal in the onsite restaurant. In the distance you will be able to make out the island of Lokrum and Elafit Islands, two locations you shouldn’t pass by on your holiday to Dubrovnik.

As you duck through the winding streets of the Old Town, admiring its beauty and medieval feel, you might be lucky enough to stumble upon Buza Bar. Named after its entrance, a small hole in the city walls (Buza), it’s perched on a cliff overlooking the sea.

Buza Bar is a great place to relax and let your mind soak in easygoingness that is life in Dubrovnik. If you don’t stumble upon it by accident, seek it out. You definitely won’t regret it! 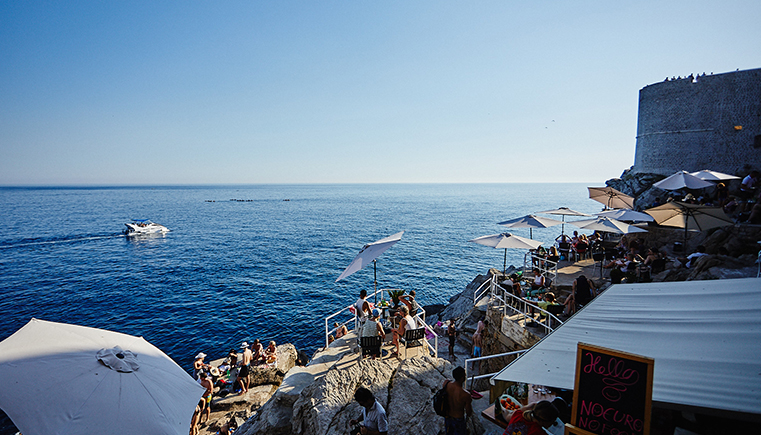 The most awe-inspiring wall, after the one in China, is the one that encircles the Old Town of Dubrovnik. Constructed purely to defend the city from the Venetian Republic, today the wall is the main reason why tens of thousands of tourists visit the city each month.

The wall is dotted with fortresses, the largest one being Minčeta, which offers stunning views of the inside of the city. Although the walls do get crowded, visiting them is well-worth the wait and the admission fee. 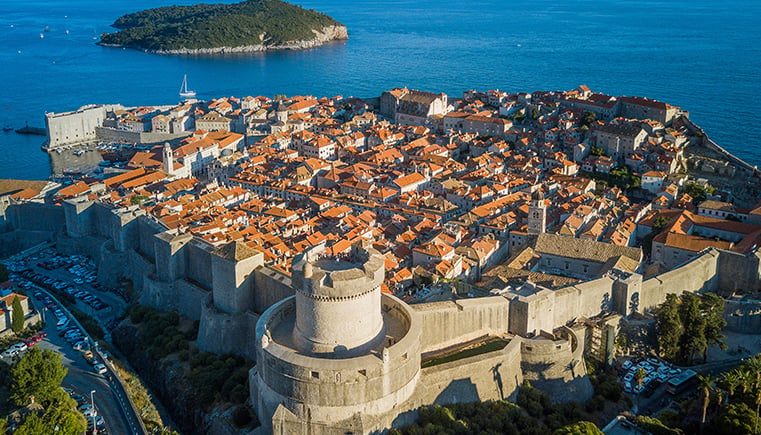 Vis Guide
AS FEATURED IN