If you’re anywhere on the Dalmatian coast don’t miss out on the opportunity to visit Plitvice Lakes National Park - the largest National Park in Croatia!

This watery heaven is often dubbed the European Niagara Falls and you will discover why the exact moment you step foot into the park. Plitvice Lakes National Park is located in the Lika region, mere miles from the border with Bosnia and Herzegovina, and is a 2 hour drive from the northern coastal cities Šibenik, Zadar, and Rijeka. If you’re in Croatia on a Sail Croatia cruise, it would be a real shame to not to visit one of the most stunning natural beauties in Croatia.

Plitvice Lakes has been a UNESCO World Heritage site since 1979 and encompasses an area of 30 000 hectares and contains 16 terraced lakes which are situated in that vast territory, as well as the largest waterfall anywhere in Croatia – the Veliki Slap (or the Great Waterfall) and it cascades down from a 78 meter high rock. Watching the glistening droplets catch the sunlight under the thick forest canopy is truly an enchanting experience!

Plitvice Lakes National Park is the largest of 8 Croatian national parks and even though it’s not located in the coastal region its close enough to add it to your itinerary after you are finished absorbing the sun and the sea on your island cruise! It’s also an ideal spot for a family vacation, so if you’re travelling with kids you do not want to miss out on the opportunity to show them one of the most beautiful natural wonders of the world.

Getting to and staying at Plitvice Lakes National Park

The park is relatively well connected to the coastal region and if you’re going by car you will be there in under 2 hours provided you’re driving from Šibenik, Zadar or Rijeka. If you’re making your trip from Split expect a slightly longer drive, but a day trip is still possible if you leave early in the morning. Your best bet is to book an organised tour from any of those cities. The fare and the park entrance ticket are included in the price, and you can count on getting back the same day if you’re in a rush.

If you’re not pressed for time, then treat yourself to a two-day stay to ensure you fully experience the Plitvice Lakes National Park and give yourself enough time to explore the hidden pathways and enjoy miles of wonderful plank walks revealing beautiful views of the lakes and waterfalls. Accommodation is easy to find in one of the three hotels that are clustered near the park’s entrance, provided you planned ahead and booked a room a bit earlier. If you don’t plan ahead, it might be a bit more challenging to find something – especially in July or August! If you’re feeling adventurous, you can choose to spend the night at one of the campsites close to the lakes. Find a bungalow that suits your taste or get close to nature and pitch a tent and curl up in your sleeping bag, but keep in mind that nights can get chilly out here!

Plitvice Lakes National Park is geologically divided into two parts, the Upper Lakes and the Lower Lakes. Now, both parts are equally mesmerising and you will want to take a stroll through both. The Upper Lakes area is more watery, so to speak, and is a home to the largest lake in the park, Lake Kozjak. Springs of two rivers, Crna and Bijela Rijeka can be found here as well and you will probably find yourself staring in wonder at the gigantic specimens of trout swimming idly in the pristine waters. These fish are not overly concerned when it comes to visitors; however, fishing or swimming in the lakes and rivers of the Plitvice Lakes National Park are not allowed. 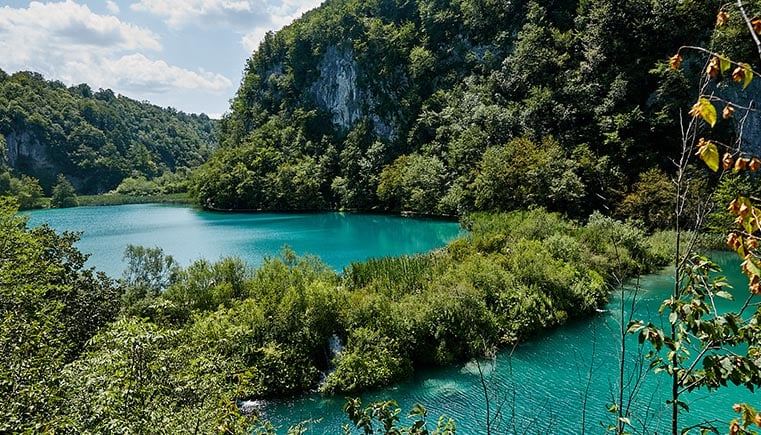 The Lower Lakes are equally impressive, if not even more so. Three-quarters of the park are covered in thick forest and even when you are strolling around in midday you get the impression that the sun is nearly setting thanks to the dense foliage. Miles of plank walks unfold before you allowing you to experience the park easily and efficiently; everything is connected and within reach. You can also board a boat and marvel the waterfalls from up-close while being transported across one of the large lakes. 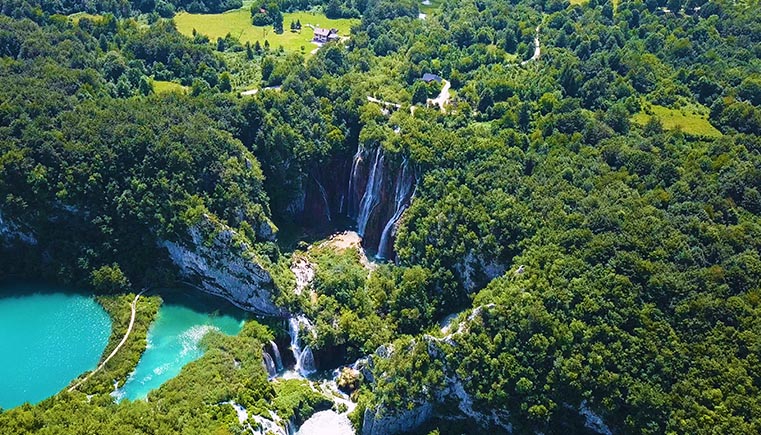 The park is home to a number of wild animals and beasts, from deer, wildcats, wolves and wild boars, to endangered European brown bears. There is no cause for alarm though as park rangers are always close by and these animals are smart enough to stay out of people’s way. Take note of bountiful bird population as well; over 160 specimens of birds call Plitvice Lakes National Park their home.

The park also has a very rich plant life, with several endangered species finding their shelter here. Be mindful no to tread away from the designated walking areas or pick any flowers, as you might find yourself in violation of the local laws. 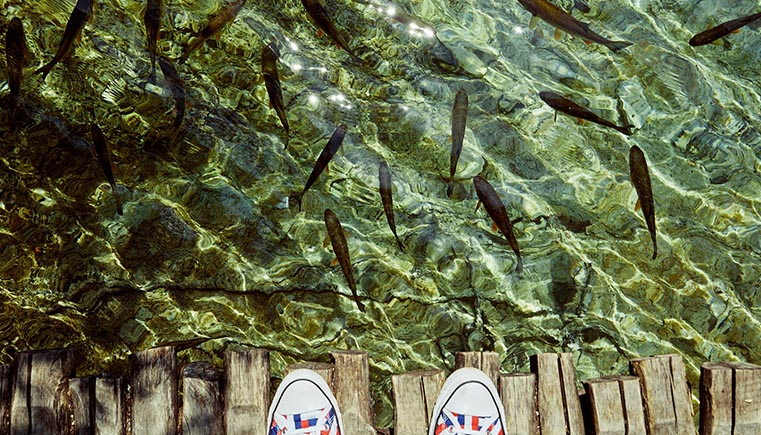 Unlike the seasons which affect a Sail Croatia cruise, there is no best time to visit this park as every season makes it widely different and equality enchanting & it ultimately depends on what you want to see. If you’re looking for a winter wonderland than visiting during November, December or January will grant you your wish. The temperatures drop well below zero and some of the lakes and smaller waterfalls freeze over, forming beautiful ice sculptures. Larger waterfalls thunder on fervently, fuelled by larger accumulations of water from the rainfall and snow.

If you’re visiting during spring, expect to see swelled up lakes, with half of the walkways under water. Still, this is a lovely period during which you can schedule your visit since the entire area is slowly waking up from its winter slumber. The animals are emerging and the plants are starting to green up and bloom. However, summer is the most popular period and the one that accounts for most visits as well. During July and August, over 10 000 people a day visit the Plitvice Lakes National Park and the whole area is teeming with vibrant energy. If you are visiting during summer pack a blanket and some snacks, find one of the rare spots under the sun, and enjoy an impromptu picnic.

Plitvice Lakes National Park gives you an opportunity to explore beautiful natural landscapes and marvel at the crystal clear waters and rolling waterfalls. If you’re anywhere on the Dalmatian coast don’t miss out on the opportunity to visit this beautiful national park, the largest one in Croatia, and add another memorable experience to your already enjoyable holiday! 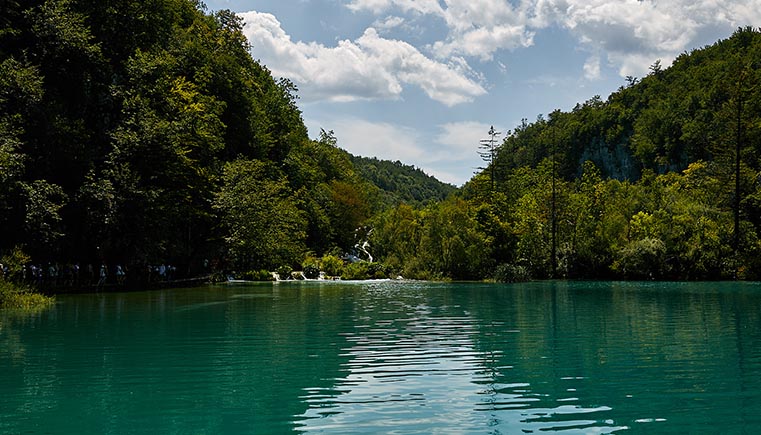