With countless gorgeous towns and over 1000 captivating islands tucked away along the Adriatic Coast, Croatia boasts some of Europe’s best kept secrets. There is simply no better way to explore these beautiful places than by ship.

For a sneak peak into these dreamy destinations, watch our video below for a taste of their enchanting Old Towns. Home to some of the best views, it’s not hard to see why so many travellers love Croatia as much as they do!

From the mainland to the islands, there is rich history, culture and beauty found throughout Croatia which begs the question, ‘where do I even go?’. While we love all of Croatia, we’ve narrowed it down to 8 locations that you simply shouldn’t leave off your bucket list. 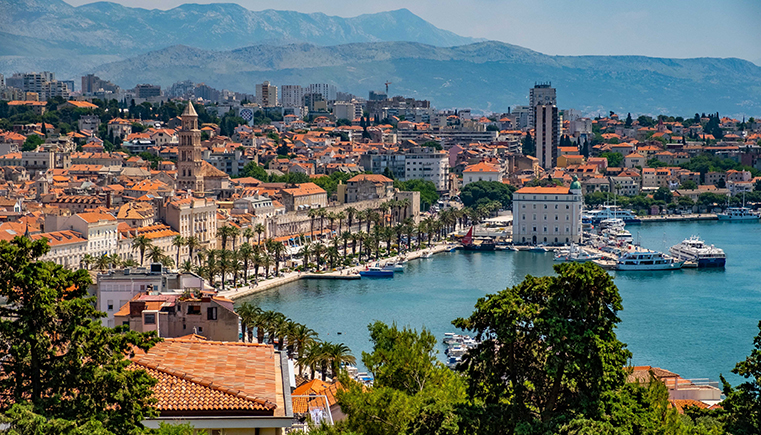 As Croatia’s second-largest city, Split boasts an authentic feel, with traditional culture dating back to Roman days, while also having an element of modern day influence. As the home of Diocletian’s Palace, Split has an abundance of shopping alleyways filled with boutique shops and cafes. By night, the city comes alive with an endless selection of nightclubs, live music venues, bars and restaurants along the Riva. 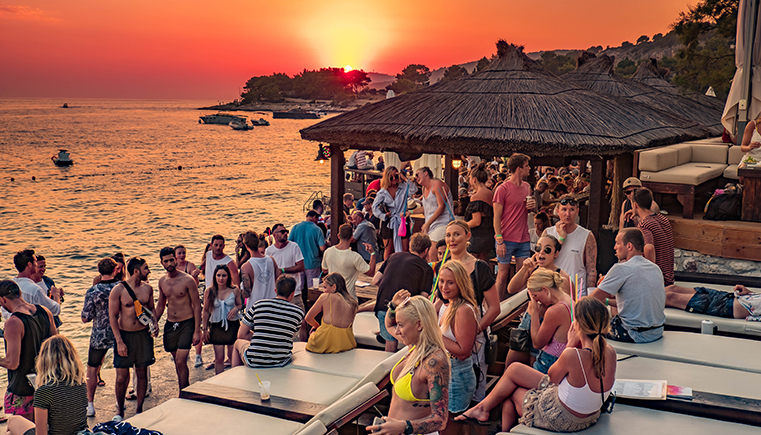 Best known as Croatia’s summer resort and party island, Hvar is also famous for its gothic palaces, 13th-century walls and hilltop fortresses. Hvar Town is the hub of the island where thousands of tourists flock each year to enjoy the many restaurants, bars, hotels and beaches. If you’re looking to spend the day doing something a little more relaxing, then Stari Grad is the perfect place to be – indulge in a glass (or two) of fine Croatian wine at one of the many vineyards in the region. By night, Hula Hula Beach Bar is a popular spot to sip cocktails and watch the sun go down. 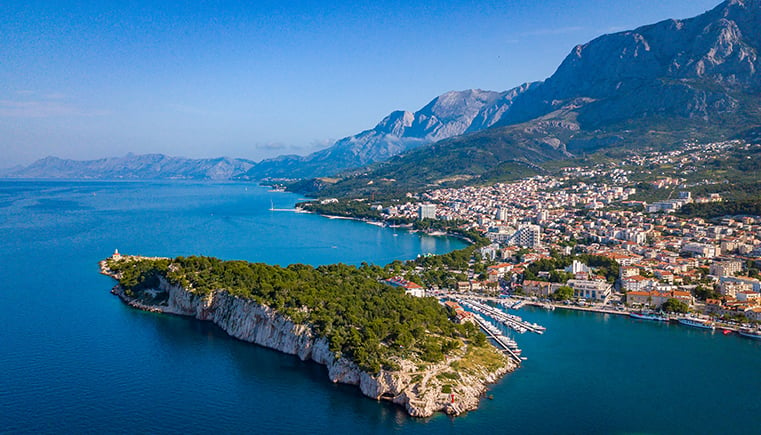 Located between the cities of Split and Dubrovnik, along the Adriatic Coast, Makarska is home to crystal clear beaches, baroque palaces, medieval churches and 16th century monasteries. With a spectacular backdrop that is the Biokovo mountain range, the long waterfront promenade is enjoyed by thousands in the summer each year. Makarska is a favourite destination for active types, with plenty of hiking, climbing, paragliding, mountain biking, windsurfing and swimming opportunities. Makarska is also home to the popular nightclub, Club Deep, where guests get to party all night long inside a cave! 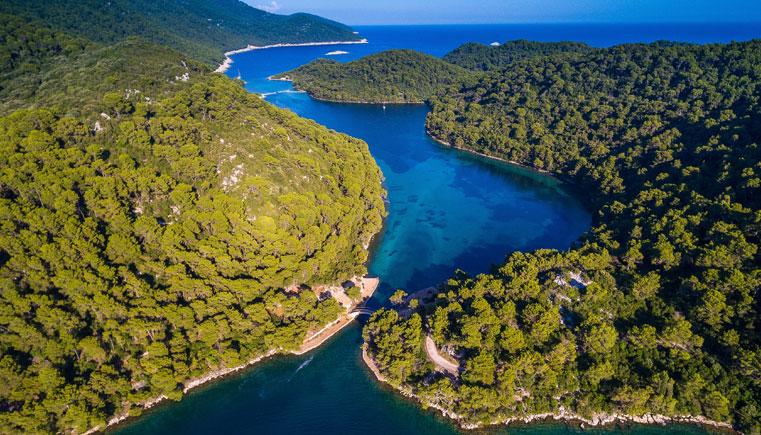 As one of Croatia’s most beautiful islands, Mljet is rich in Mediterranean vegetation, clean waters, sandy shorelines and underwater sea life. Half of Mljet Island is a pristine National Park, which is made up of two inland saltwater lakes, connected to the ocean by a narrow canal. Visitors can enjoy walking or cycling along the water’s edge, swimming in the crystal clear waters or exploring the area by kayak. 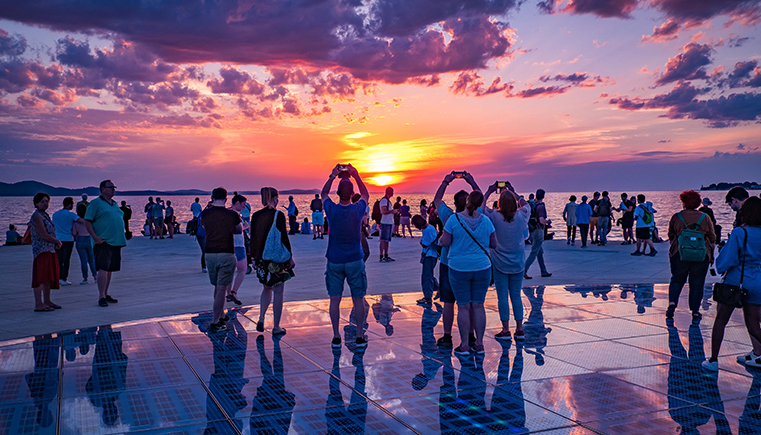 A quirky city located in Northern Dalmatia, Zadar is unique to our Split Northern routes and boasts a historic old town of ancient and medieval churches, ruins and museums. Relatively new on the tourist scene, it is not overly crowded with visitors and its two main attractions are the sound-and-light spectacle of the Sea Organ, and the Sun Salutation. It has often been stated that Zadar boats some of the best sunsets in the world - it's not hard to see why! 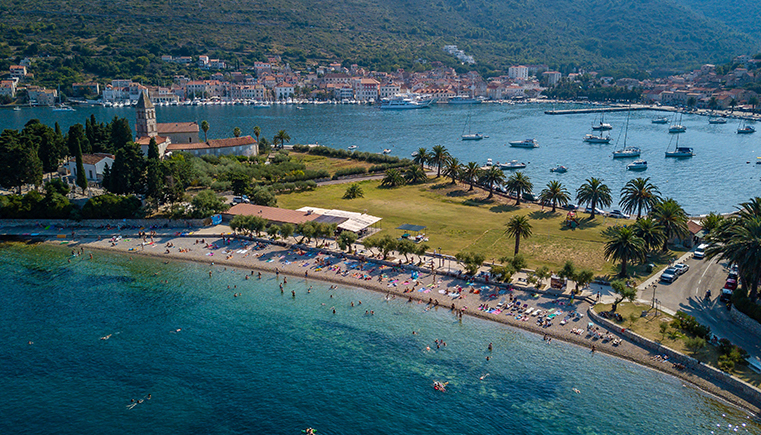 Out of all the inhabited islands in Croatia, Vis is the furthest away from the mainland - but also holds some of Croatia's best kept secrets. From the 1950's right up until 1989, Vis island was cut off from foreign tourists as it served as a Yugoslav military base. Due to this, the island remained preserved from development and was unpopulated for many years. Vis island is also home to the 2016 best beach in Europe, Stiniva Beach, where only boats that are small enough can pass through a tiny gap between the cliff faces to get to the shore. The Blue Caves is also another natural phenomenon located only 5kms south of the island, and is known for its breathtaking blue glow from beneath the waters when the sunlight reflects off the sea surface. 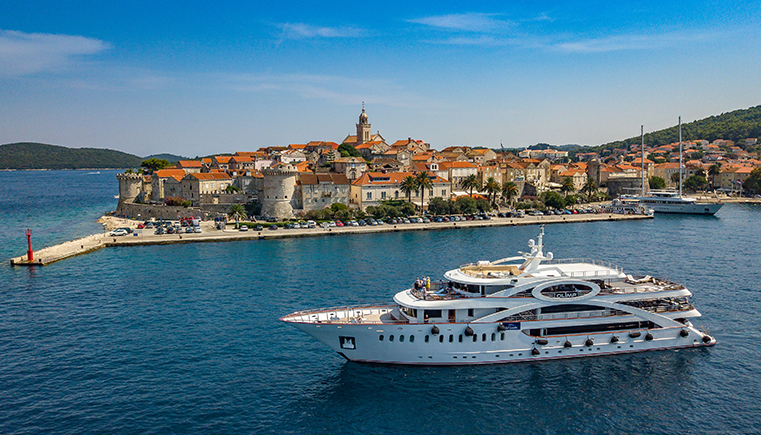 One of Croatia’s most treasured islands, Korcula is often referred to by the locals as “little Dubrovnik” with its medieval squares, terracotta rooftops, churches and palaces. Local legend has it that Korcula Town is the birthplace of Marco Polo, with his rumoured house of birth being one of the primary attractions for visitors. The slim belltower of St Mark’s Cathedral stands tall in the town centre which is also home to quaint little alleyways, full of medieval treasures. After a long day of sightseeing, you can enjoy a cocktail at one of Korcula’s famous rooftop bar - Massimo. 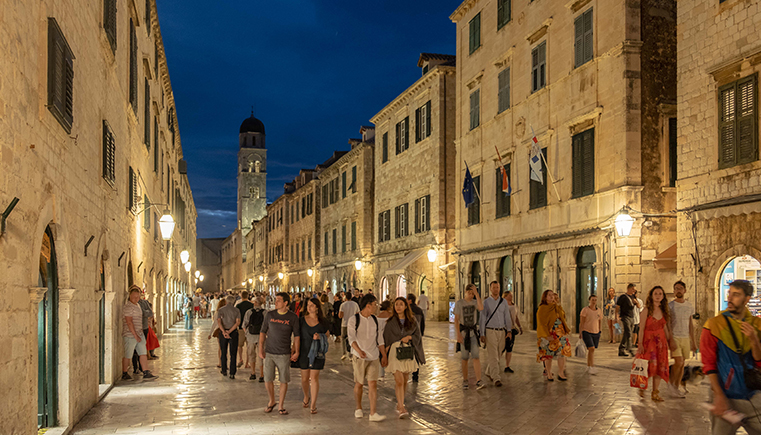 Last, but by no means least, Dubrovnik is one of Croatia’s most prominent tourist destinations. Affectionately known as the “Pearl of the Adriatic”, Dubrovnik has an abundance of things to see including the city’s marble streets, baroque buildings, forts, monasteries and cathedrals. For the ultimate view of the terracotta-tiled rooftops from above, be sure to take the Dubrovnik Cable Car to the very top of Mt Srd.

However you choose to explore Croatia and it’s hidden gems, we’re certain the beauty, culture and friendly locals will have you coming back time and time again! Our cruises take the hassle out of your holiday and take you to the very best islands in Dalmatia, leaving you more time to relax and enjoy your stunning surrounds!

Island hop your way through Croatia!
Share this Article